Transekur is rated #1 Transportation In Punta Cana On TripAdvisor 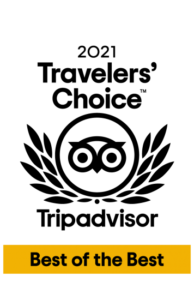 Punta Cana Seaweed coming from the Sargasso Sea is a usual sight especially during summer months in the east part of the Dominican Republic.

Punta Cana seaweed is worst when the weather is hotter, and it almost disappears during the winter months in the northern hemisphere. Seaweed in Punta Cana is very rare between November and May, which have the lowest temperatures in the Dominican Republic. If you are visiting resorts during these months, make sure you book safe and reliable transportation to your resort prior to your arrival.

The Sargasso is named for sargassum, a free-floating brown seaweed that grows in its calm, clear waters. In the open ocean this seaweed serves as nursery grounds and a haven for sea life, and a lot of it becomes Punta Cana seaweed.

Over the past decade, it has inundated Caribbean, Gulf of Mexico and Florida coastlines, driving away tourists, devastating local fishing industries and requiring resorts to conduct costly daily cleanups.

But seaweed has been around for long, apparently with varying intensity. Columbus documented this seaweed back in 1492, when his ships were on the way to Hispaniola. His crew feared they would be dragged to the ocean floor, never returning home to Spain.

Punta Cana is a vast place with miles and miles of beached. The seaweed varies according to the angle that 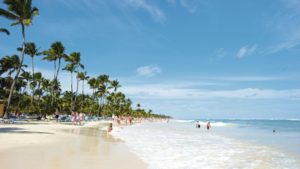 the beach is located, in relation to the Atlantic Ocean.

Beaches that directly face the east (open ocean) will have a more severe presence of seaweed in Punta Cana. While other beaches such as the ones in Uvero Alto, or some beaches south of the Punta Cana International Airport are less likely to have accumulations. Airport transfers to Uvero Alto resorts is available here.

Seaweed levels in Punta Cana will vary almost every day; the main areas affected are Cap Cana and Cabeza de Toro. Although most hotels in Cap Cana have installed special nets to keep the seaweed in Punta Cana away.

Once you get to Macao, the beaches are clear up to Uvero Alto.

The beaches of Puerto Plata and other locations in the north of the island rarely get seaweed. You can also find transportation to your Puerto Plata resort following this link.

Check on http://sargassummonitoring.com/ for up to date information on the levels of seaweed in specific beaches.

If You're Already in Dominican Republic

We offer you airport transfers to and from any airport in the country. Skip the hassle of waiting for a taxi or public transportation.

Trust is key to any online transaction. We take security serious. You can be reassured that your information is safe with our SSL security.

2012 – 2022 Transekur. All rights reserved. Transekur is affordable and reliable transportation in the Dominican Republic 24/7/365.